In Sebastian, Florida there is a whole museum dedicated to one man’s quest to find sunken treasure. We visited Mel Fisher’s Treasure Museum one day while I was in Florida and what an amazing place it is to explore. 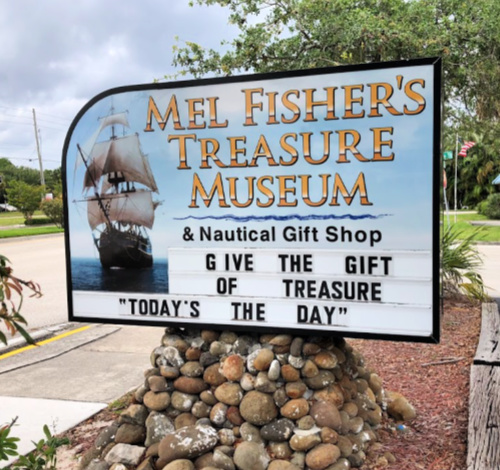 Who is Mel Fisher

Mel Fisher is a world famous treasure hunter who started his treasure hunting career in Vero Beach, Florida in 1963, with the successful salvage of the Spanish 1715 Fleet, which was lost in a hurricane. He spent 7 years salvaging the treasure before moving on to find other treasure in the area, such as the 1622 Nuestra Señora de Atocha in 1985.

Treasure Hunting became the family business, but also something to share with others. There was even a movie produced about his life called Dream of Gold: The Mel Fisher Story, as well as documentaries about some of his finds.

In 1992 he opened Mel Fisher’s Treasure Museum to share some of his treasure with the world. Below are some of the many things we saw in the museum. It is quite impressive and not so big that it takes all day to visit.

One of the things I enjoyed about Mel Fisher’s Treasure Museum was that the details behind a lot of the pieces were accompanied with them.  This piece is called Tazza, but if you look at up, it translates to a cup or bowl. This is actually a plate made of silver, with gold. The plate depicts the mythological tale of Pyramus and Thysbe, which is an earlier version on Romeo and Juliet. I hadn’t heard of this tale before, but it made me very interested because Romeo and Juliet is one of my favorite stories. It’s quite detailed and lovely. 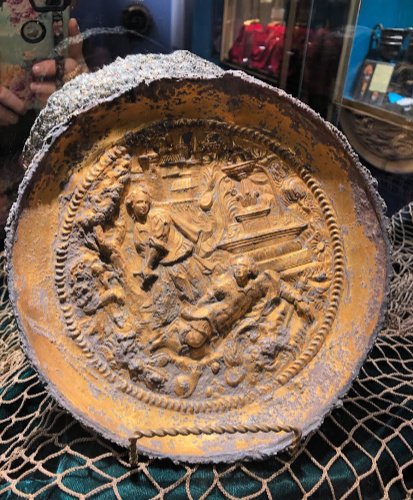 This is a “Poison Cup” and it was recovered from the Atocha. The cup would absorb any poison that was in it with the permanently mounted bezoar that was in it. Can you imagine needing this in your every day life? 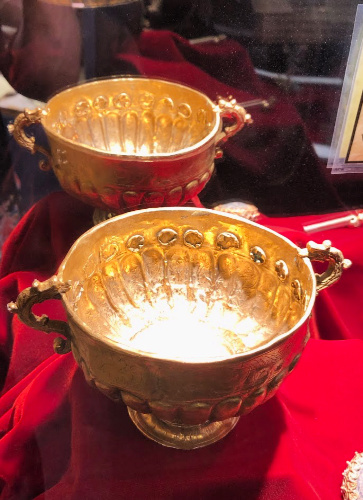 This “Wedding Chain” was made of gold. When a couple were married, tow six-foot loops were put around the necks of the bride and groom then fastened by a large gold ring called a fob, which symbolized the union. While having that much gold would be quite nice, I’m not sure I would want to wear it. 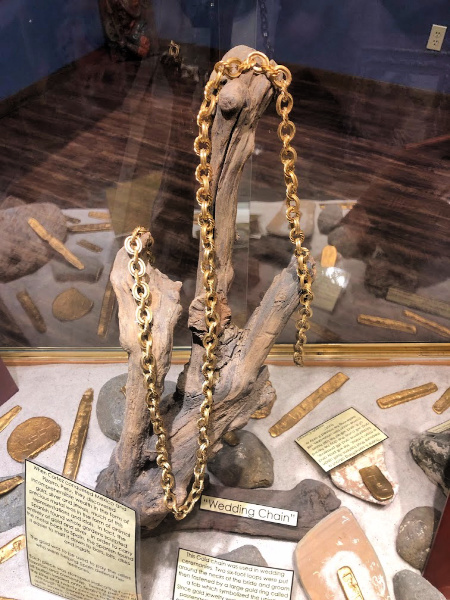 This gold plate was recovered from the Santa Margarita in 1980 by diver Dick Klaudt. It was probably used in a religious ceremony such as communion. It is engraved with so much detail. 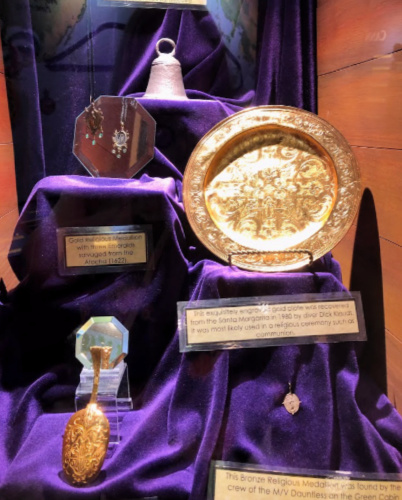 On the various ships there were many pieces of pottery or earthenware discovered. This one most likely held some of the ship’s water supply. It was found on the Atocha, which sailed in 1622. You can see that there were some pieces broken off, but it was found mostly intact. 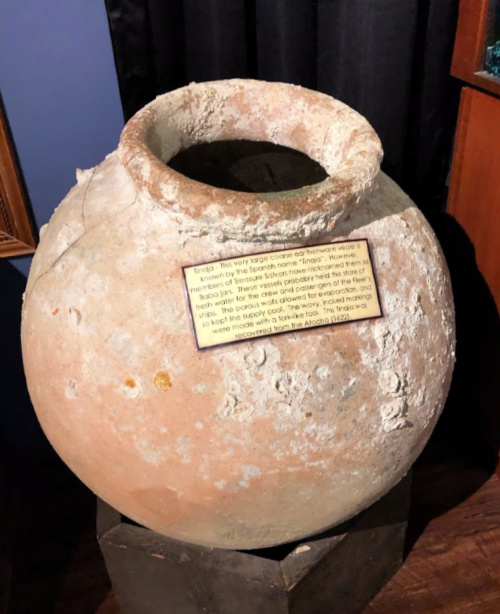 A Place for Well Behaved Children

Mel Fisher’s Treasure Museum holds a lot of priceless treasure, so there are no places for roughhousing or running. The day we visited, we took my then ten year old nephew, who is a dream to visit a museum with. He has actually been to this museum many times and loves it. If your child is well behaved and interested in treasure, I highly recommend this one for them. It doesn’t take very long to go through and there is so much to see, so they won’t be bored. At the end of the tour, they can even pick up a gold bar and see just how heavy they can be. 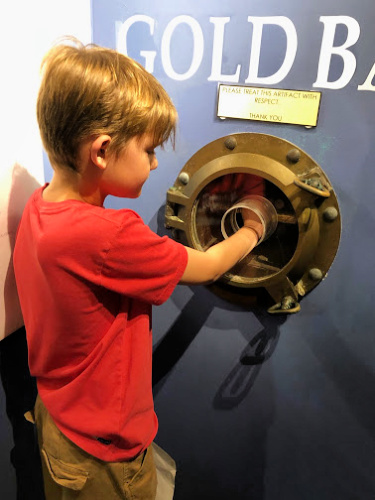 Mel Fisher’s Treasure Museum can be found  at 1322 US Highway 1 in Sebastian, Florida. They are open Monday through Saturday from 10 am – 5 pm and Sunday from 12 pm – 5 pm. They are closed the full month of September, so plan well. If you’re looking for more things to do in Central Florida, that aren’t theme parks, check out this page. I will be adding more posts to it. 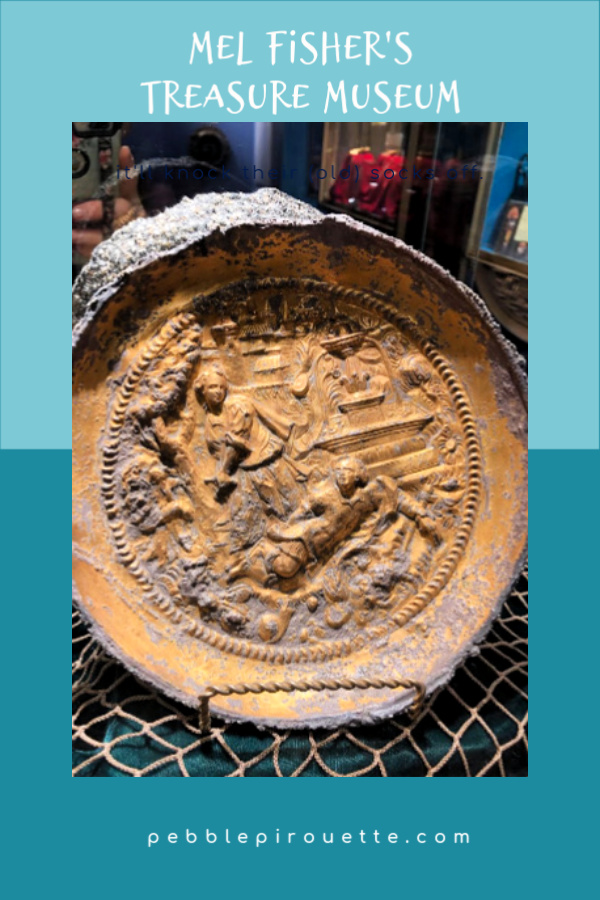