We found out we were moving to Tulsa, Oklahoma just before Christmas. For our gift, my daughter did some online investigating and made us ‘gift cards’ for a fun place to see. We visited The Cave House and it was well advertised. 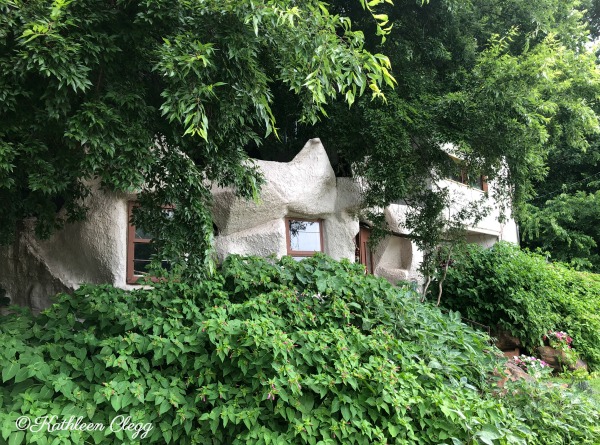 The Cave House Tulsa was originally built in the 1920’s as the Cave Garden Restaurant. During the say, the restaurant served food on picnic tables in the front. In the evening, it converted to a speakeasy. Visitors to the speakeasy entered it through a door in the fireplace in the living room, which lead to tunnels and rooms under the hill. The tunnel has since been concreted in due to instability of the hill. 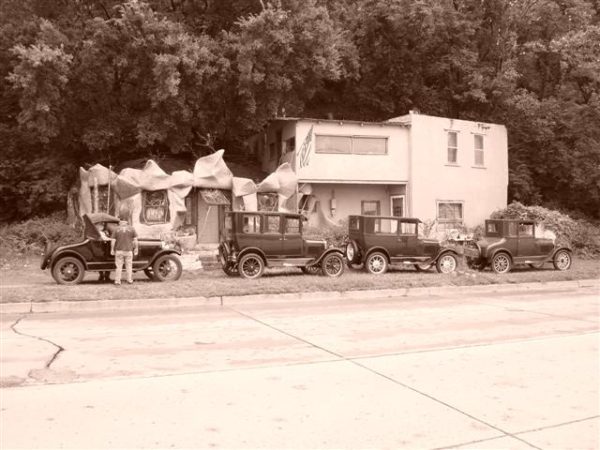 The current owner, Linda Collier, used to be mesmerized by The Cave House when she was a girl. The park across the street from The Cave House used to have ball fields and a swimming pool where she spent a lot of time. She actually thought a witch lived in the house. When the house went up for sale 22 years ago, she went to see it and fell in love. Over the years, she and her friends have worked on the house and used it for get togethers and parties. So many people knocked on the door for tours, that she started charging for them and scheduling them. 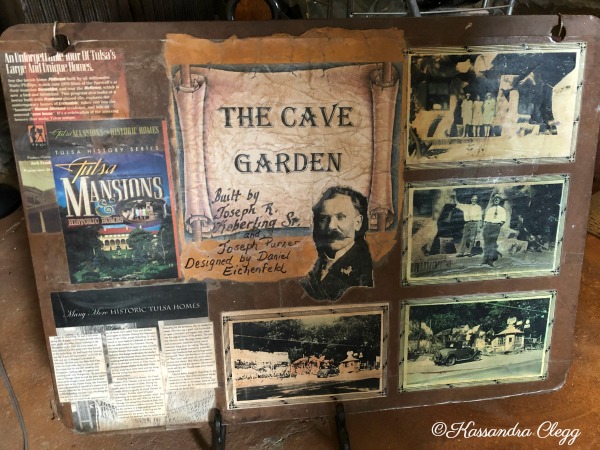 When we entered the front room, this key tree drew my attention right away. I don’t want to give the tour away, but I will say that the keys on the tree are special in that they are brought by guests and are special to each provider for some reason.

Before your tour actually starts, Linda will delight you with stories about the history of the Cave House and the previous occupants. It’s all very interesting and adds quite a bit to the tour. 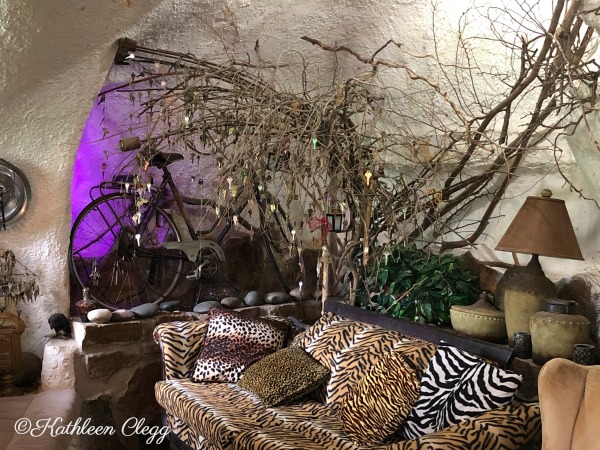 During Prohibition, the Cave House served as a speakeasy and a distribution hub for alcohol. The alcohol was transported in televisions like the one below. So clever. 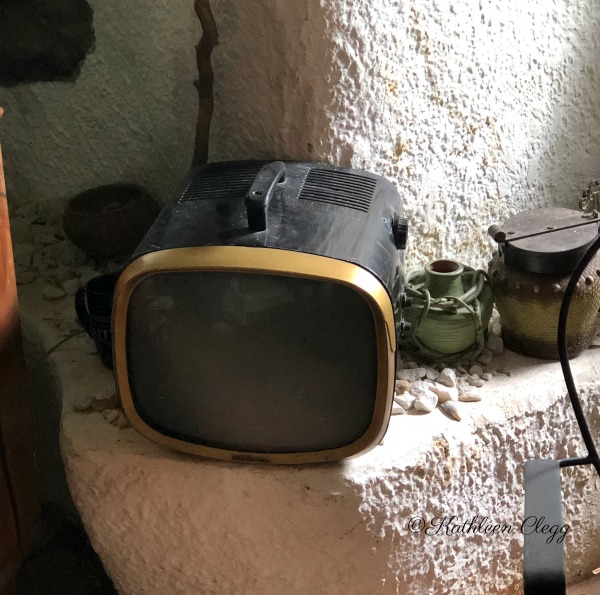 Guests of the Cave House bring Linda bones on occasion. She also collects them on her own. It’s a little odd, but she has some fun art she has made with them, like the two below. 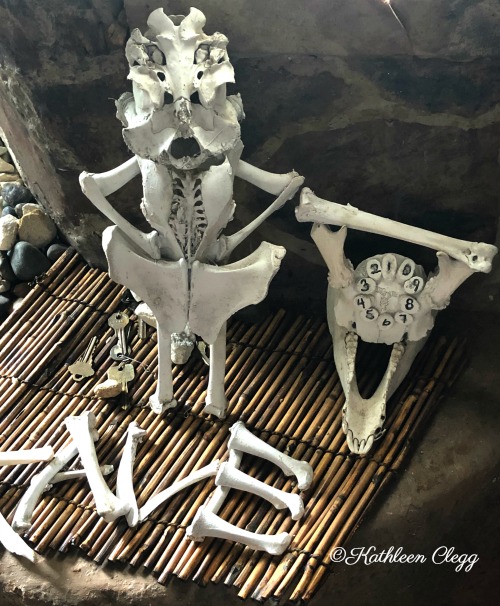 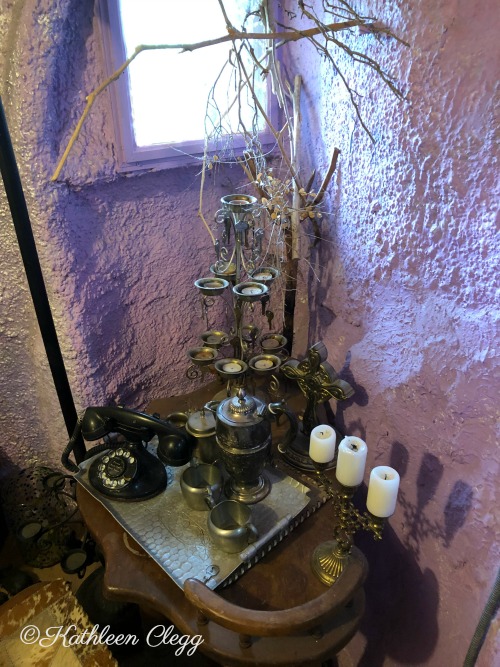 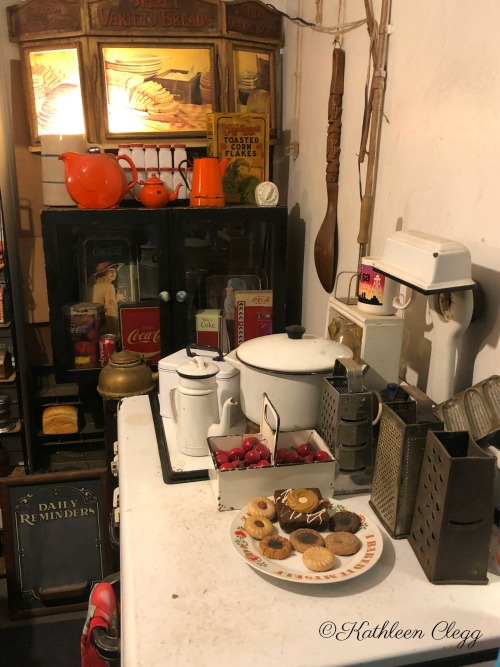 Linda collects things in thrift shops from the era of the house and brings them in to display throughout the house. There’s no running water in the house now, but a lot of food was made here long ago, the speciality being fried chicken.

This tree limb bed drew the attention of my daughter right away. I think she will be making one of these for her cabin in the Alaskan wilderness. She’s pretty excited about it. 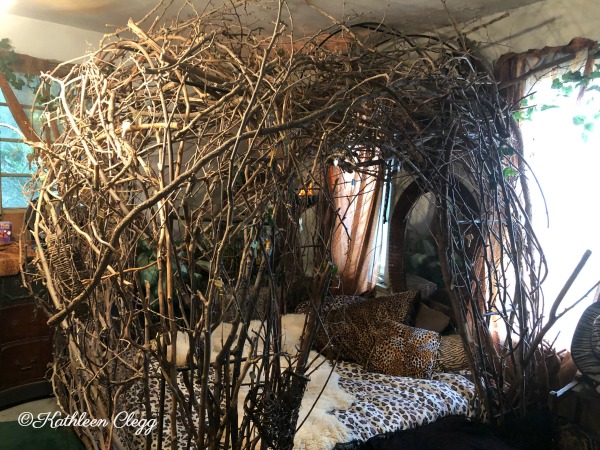 There is a garden room next to the bedroom where Linda added a slide for her daughter to play on long ago. The room is actually where one of the prior occupants died. We all took a turn down the slide, although I had on a skirt and ended up on my fanny on the floor. 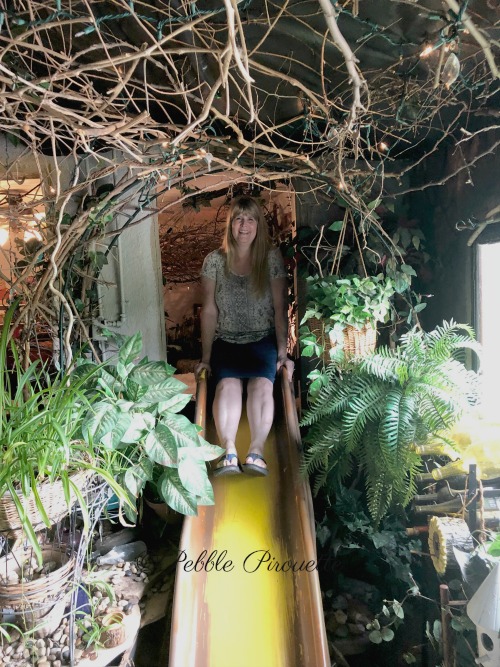 Over the years, Linda sometimes receives gifts from people she meets through The Cave House. One of the people ended up becoming her friend and brought her this mastodon tooth. That tooth is so big too. It was neat to be able to hold it. 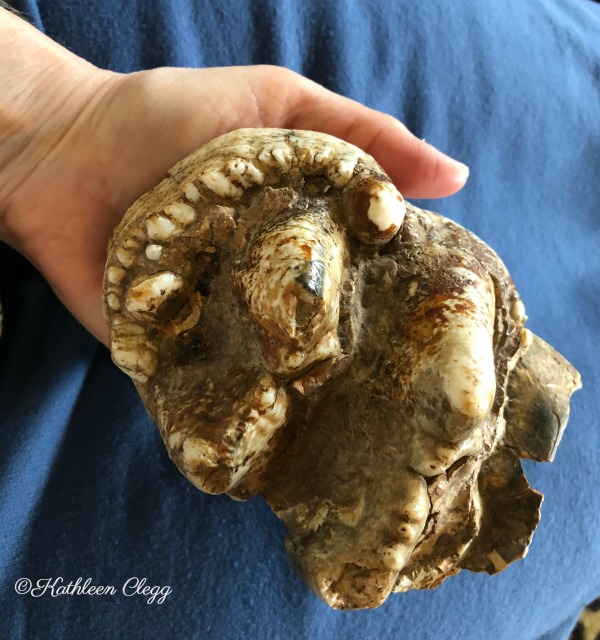 At the end of our almost two hours at the Cave House, Linda took our photos in a few places around the front room and in front of the house. It’s nice to have some momentos. 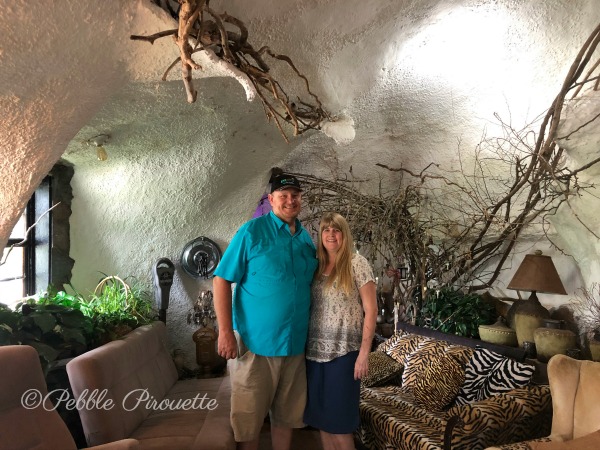 While you’re in Tulsa, be sure to visit the Heart of Route 66 Auto Museum in Sapulpa too. 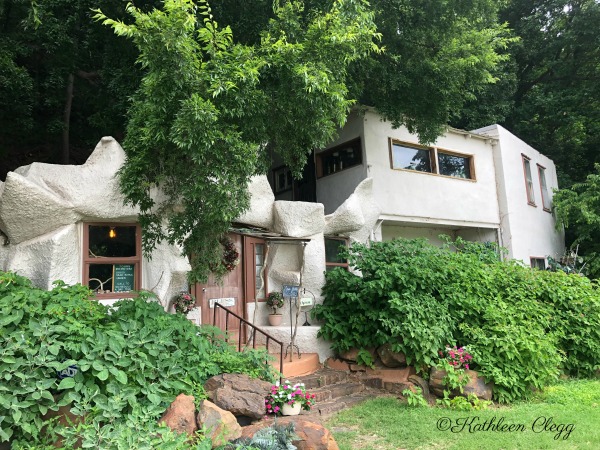 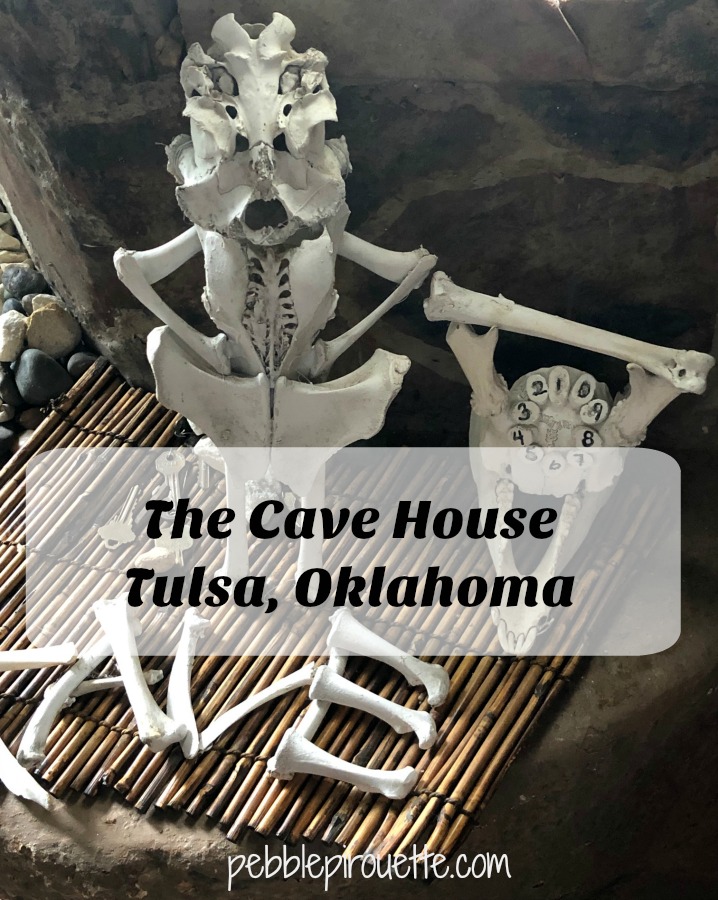