The 6th Floor Museum in Dallas, Texas is a comprehensive look at the assassination of the U.S. President John F Kennedy. It is housed in the very building where Lee Harvey Oswald fired his rifle. When you’re in Dallas, it’s a must see place to visit to learn about this dark period in our history. 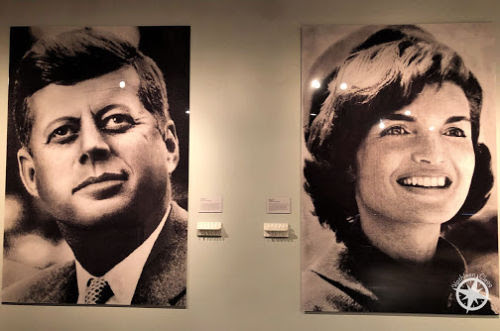 While President Kennedy was assassinated before my birth a few years, I still grew up learning about his presidency and assassination both in school and in my own home. My father actually met JFK the day before he died at Brooks Air Force Base School of Aerospace Medicine. My dad was in one of the first classes there.

Now, I’m married to a man who is really into the conspiracy theories surrounding the assassination. Given all of this, you would think that I wouldn’t have learned anything at the museum. You would be wrong. I actually learned quite a bit and it was interesting.

When you arrive at the museum, you will ride an elevator up to the actually museum, which is full of photos of not only November 22, 1963, but also the rest of JFK’s life. The phones above are actually photo mosaics made from photos of President and Mrs. Kennedy. 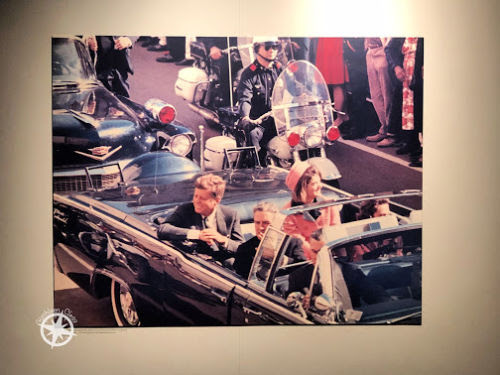 Many, many people loved President Kennedy, which is expected since he won the Presidency. A lot of people did not like him though. I don’t think that ever changes. Every president since I can remember is both loved and hated. 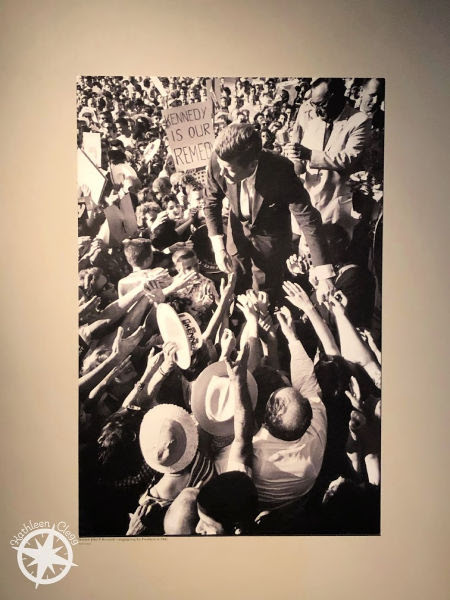 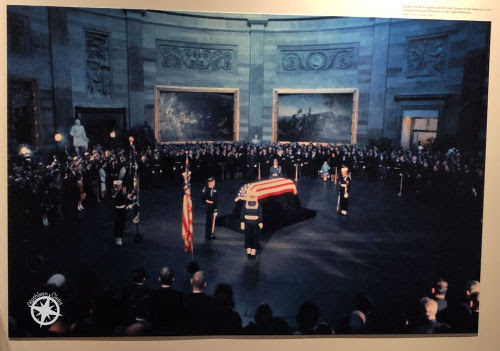 The assassination occurred on Elm Street, as the President’s motorcade was passing the Texas Schoolbook Depository, which is now the 6th Floor Museum building. You can see a couple models inside the museum that correspond with the actual locations outside. This is the model of the Grassy Knoll. 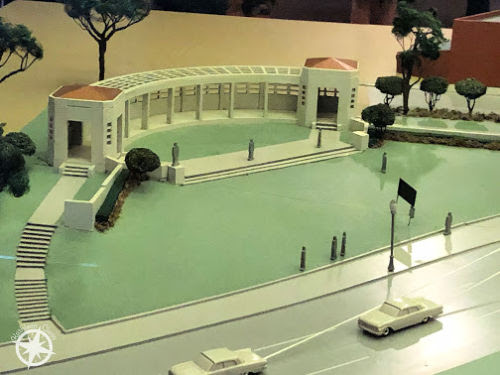 Below is the actual Grassy Knoll. Abraham Zapruder was filming the procession, standing on the white wall on the very left of this photo. His is the most complete record of the assassination. You can watch that film in the museum. 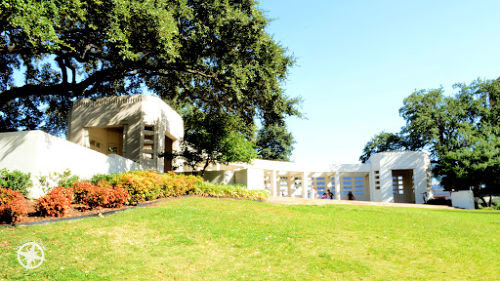 Below is a model of Elm Street. You can see the string from the Depository on the left to the President’s car. There were two shots that hit JFK, with one going into Governor Connally. 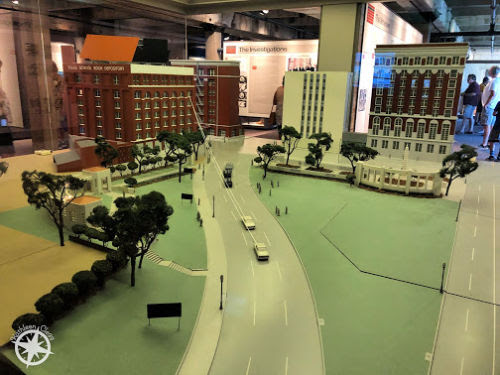 There are two ‘X’s’ on the road showing where on the street that JKF was shot. This one marks the second shot that hit him. At this point there was a lot of panic and the motorcade sped off to the hospital. 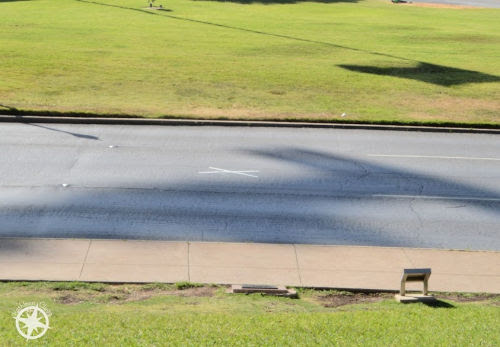 In addition to the photos and models in the museum, there are also artifacts from the time period. This first one is a camera like the one Abraham Zapruder used to capture his footage. 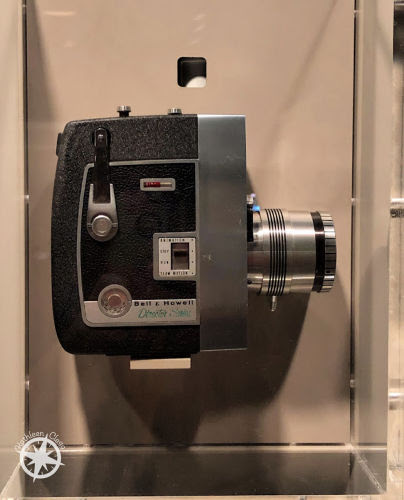 When Lee Harvey Oswald was setting up to shoot Kennedy, he stacked boxes like these around him to hide his intent. Then he set up to take his three shots. Below is the type of rifle used, while probably not the exact rifle. 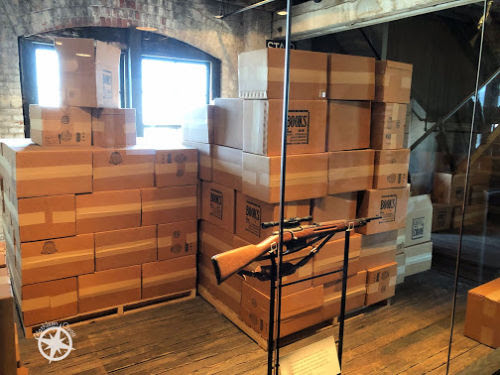 I’m really glad that we were able to visit the 6th Floor Museum at Dealey Plaza. It was quite interesting, especially given all I have learned over the years. A few of tips for your visit. First, schedule your trip and buy your tickets online. Second, try to get in the first tour of the day. The line will fill up really quickly and you don’t want to waste your time standing in line. Third, there is a lot of reading, so be sure to get everyone a headset and tablet to help lessen it, especially with young children. 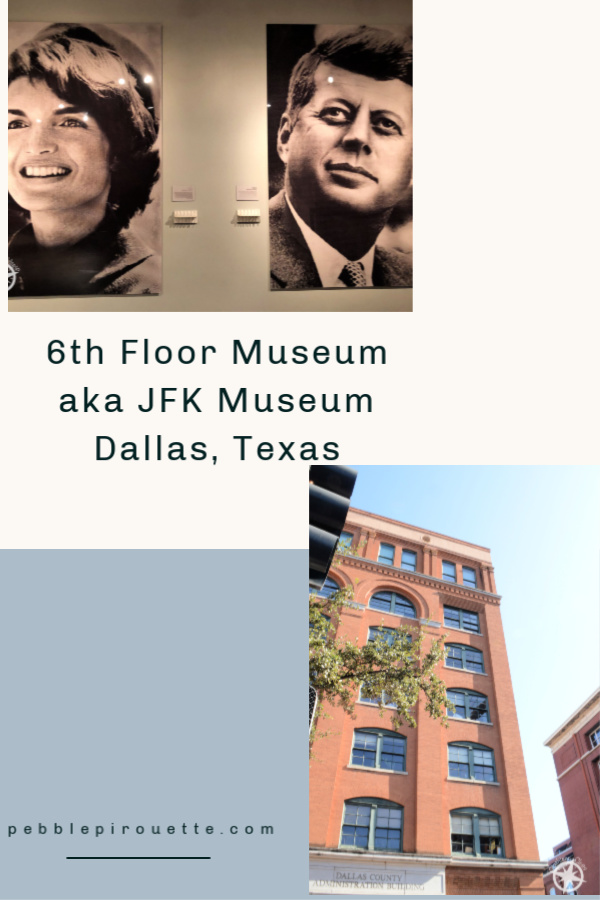