Back in July, when my daughter and I were visiting Arizona, my dad told me about a ghost town called Cuervo, in New Mexico. Cuervo is on old Route 66, just west of Santa Rosa. I really like visiting old towns and Cuervo was on our way, so we had to make the stop.  We were both glad that we did. 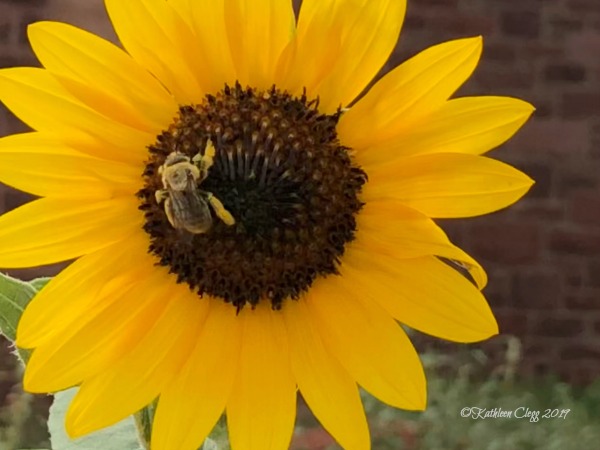 Cuervo was established between 1901 and 1903, when the Southern Pacific Railroad came through the area. The town was named after Cuervo Hill, which is nearby and pictured below. Cuervo is Spanish for ‘crow’, so the tequila you’re drinking is Joseph Crow. Hahaha, sorry, I couldn’t resist. 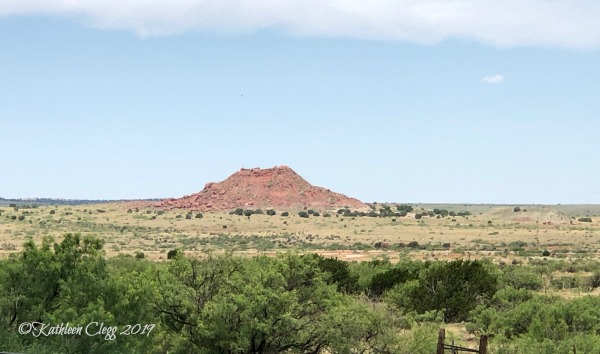 In 1910, the land around Cuervo was opened to cattle ranching, creating a boom to the area and the town grew. When Route 66 came through, it created the need for hotels and a gas station, pictured below. 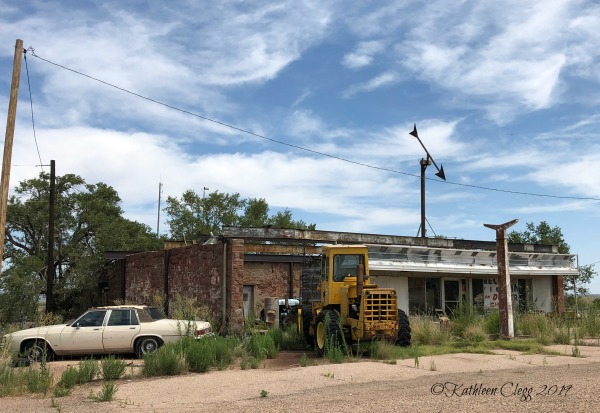 At its peak, Cuervo had a population of around 300 people. Sadly, by the 1940’s, the population had decreased to around 150 people, due to the highway (I-40) coming through. Now, while there are still some ranchers in the area, Cuervo is mostly a ghost town. 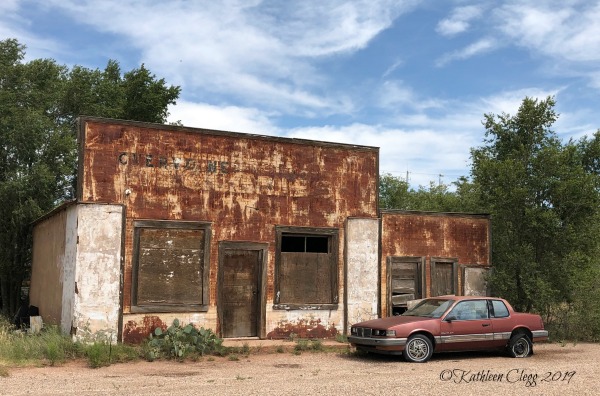 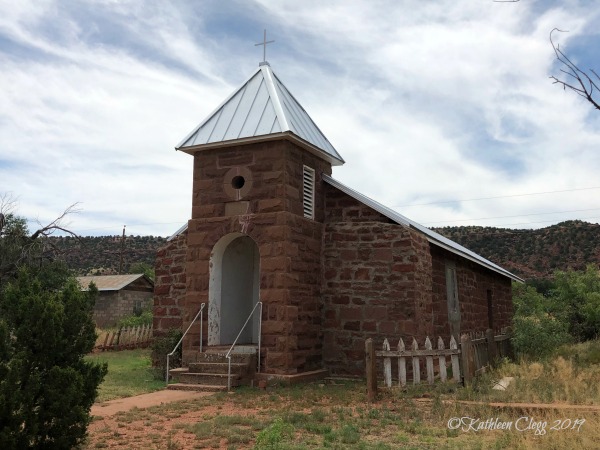 The building above is Santo Nino Catholic Church and was build in 1915. I couldn’t find much information on the church while researching the town, but I really love the stone work on it.

The building below is one of the old schools. This school was one of two schools in the original town and built in the 1930’s. The school closed in the early 1960’s. The yard of this school is where I took that sunflower photo at the beginning of this post. 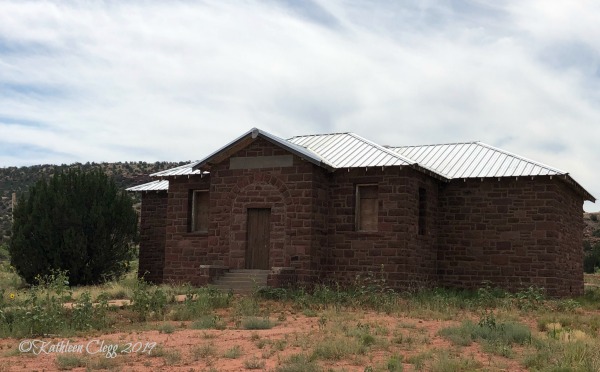 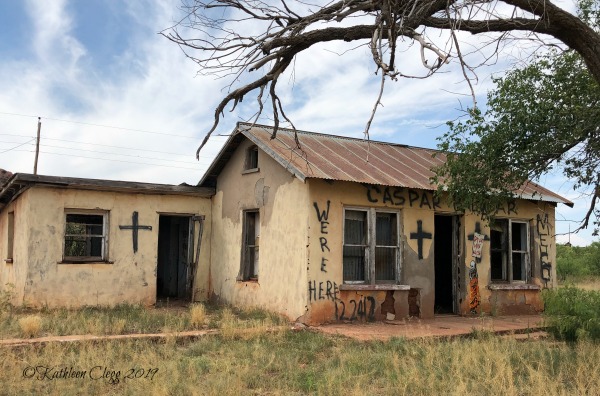 As with so many abandoned places, the town has received its share of abuse. I believe this particular house is the Rectory (priest housing) because it is next to the Catholic Church and they are connected by the sidewalk. 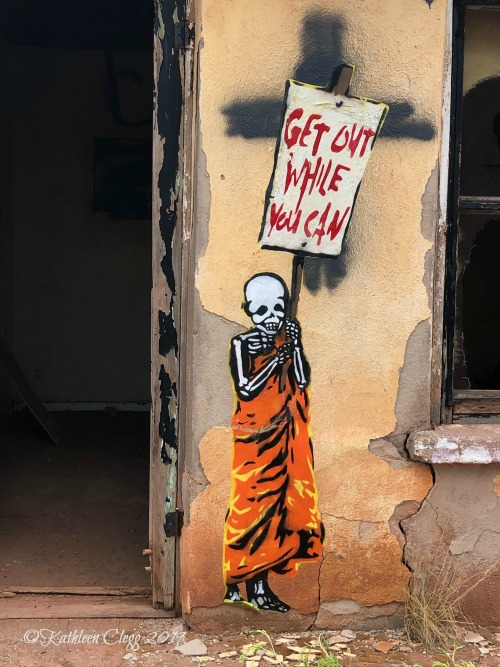 I often wonder what makes people think it’s okay to destroy property that doesn’t belong to them. We visited Casa Grande in Arizona, where someone had also defaced the ruins. It’s a shame that people have no respect. 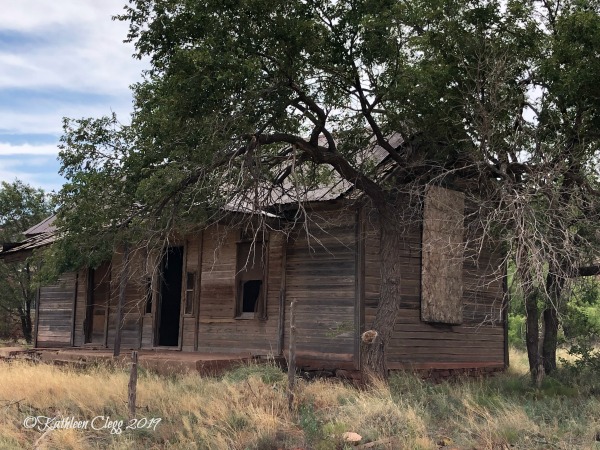 The photo above is obviously a house, but I’m not sure what the one below is. It was right around the corner from the house. 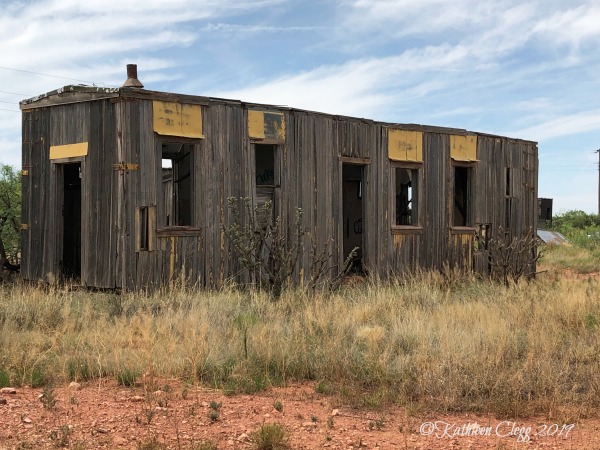 Another abandoned house. When I-40 came through the town, it came right through the middle of the town. You can find the businesses on the north side of the highway and the houses, school, which doubled as a church, on the the south side. 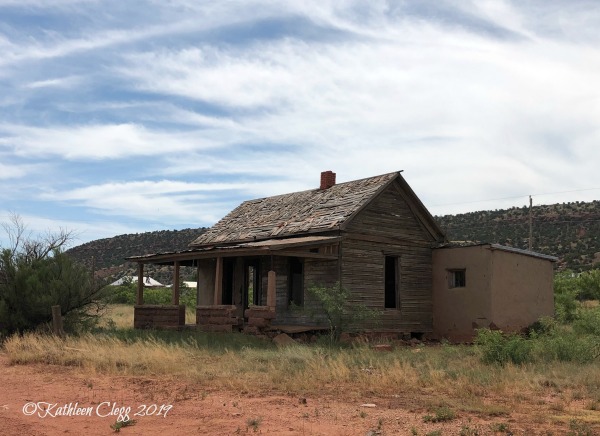 If you like to explore abandoned areas and see the history of the place, this ghost town called Cuervo is a great stop. We didn’t see anyone else while we were there and were able to walk around and take photos as we wanted. Do me mindful of occupied houses off of the main roads. You don’t want to invade someone’s privacy. There are no services in Cuervo, so don’t expect a modern stop. Enjoy your visit. 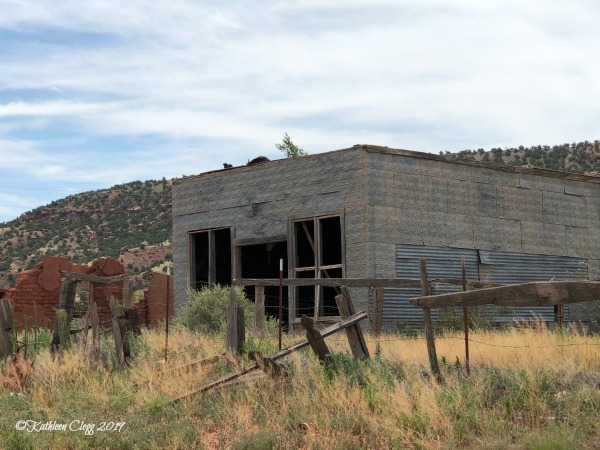 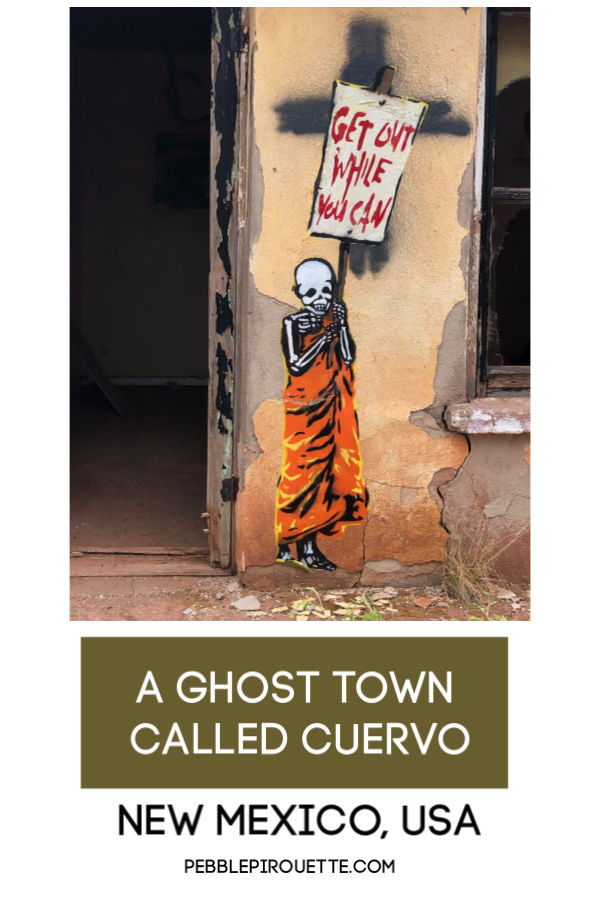