The Birthplace of Rock n Roll, Sun Studio, has the distinction of many of the greats getting their start in music and recording here beginning in 1951. The first record to be recorded was Jackie Brenston and his Delta Cats, with the single Rocket 88, although it was more of a rhythm and blues record to my untrained ear. 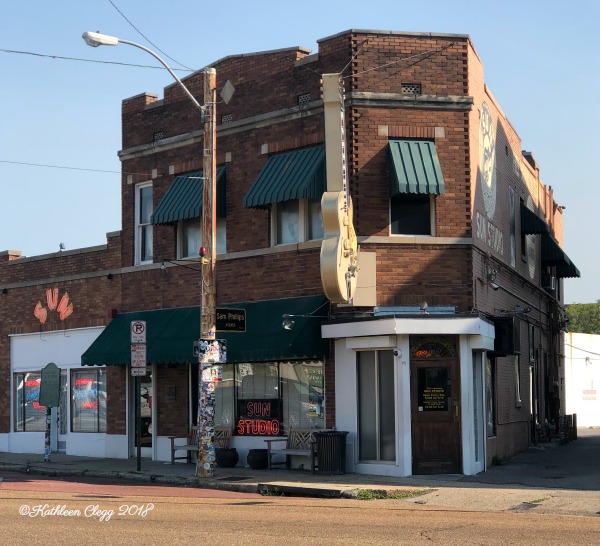 I had never heard of that song when I made my visit with my dad on a hot Memphis day in July. The song was actually written by Ike Turner, who was at the keyboards for the recording. Check it out on You Tube and judge for yourself.

Did you know that Carl Perkins recorded Blue Suede Shoes before Elvis Presley? It didn’t do as well as Elvis’s version, but it was still pretty popular. 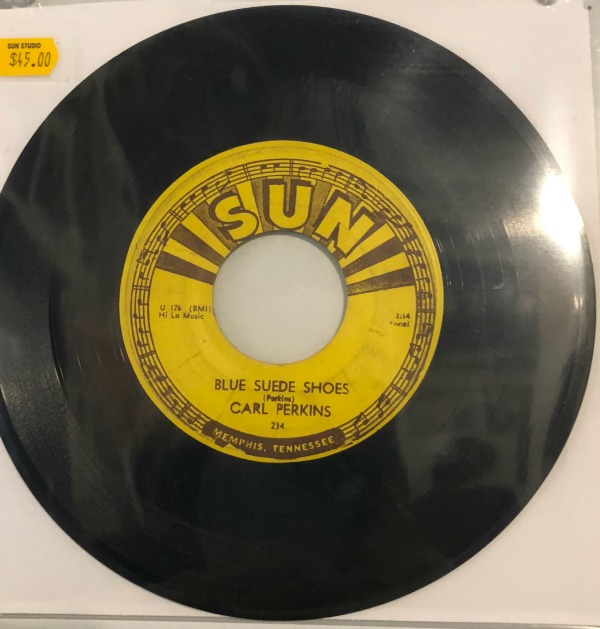 The undisputed King of Rock n Roll, who got his start at Sun Studio, was of course the King himself, Elvis Presley. His start didn’t just fall into place either. He had to work for it, and as they say, the rest is history. It was quite humbling to stand it in the same place and walk in the footsteps of the greats of rock and roll and other genres of music. 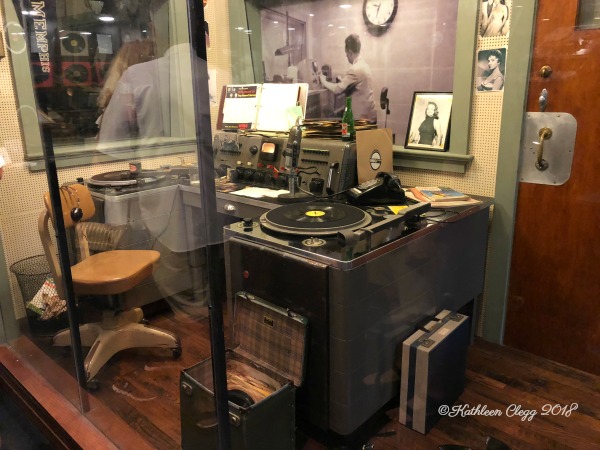 Sun Studio sits at the corner of Union and Marshall Avenues, in Memphis, Tennessee and the building is actually a triangle.  When you walk in the building, you walk into a little soda shop with old records all over the walls. Your tour begins on the top floor, in a room with radio station WHBQ and many of the memorabilia collected over the years. Hear stories of the radio station and DJ Howlin’ Wolf. Interesting fellow. 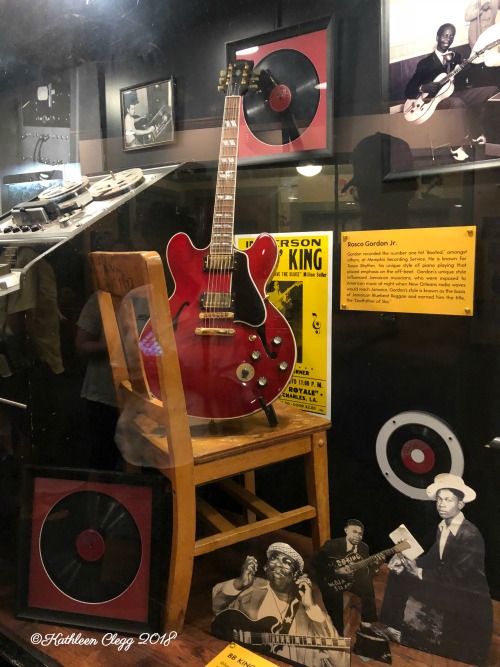 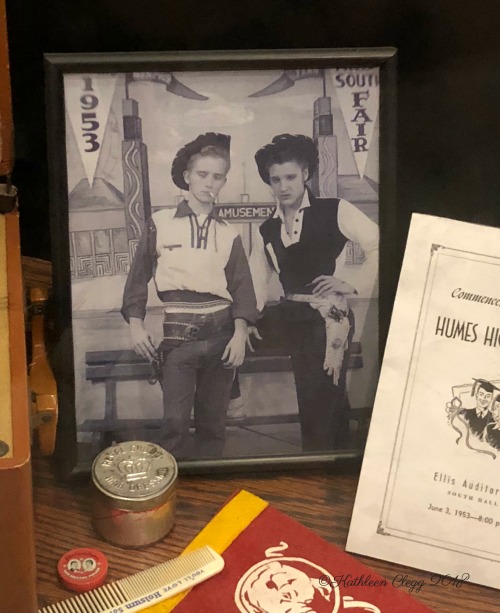 Elvis Presley and a Childhood Friend

After the memorabilia room, your next and final stop is the actual recording studio where some of the greats got their start in the music business. The list of these most talented people includes Johnny Cash, B.B. King, Carl Perkins, Roy Orbison, Jerry Lee Lewis and of course, Elvis Presley. In this room you can stand on the actual spot where these greats stood to record their hits and listen to some of the stories of their time in the studio.

One of the best stories is of the impromptu session of what was later called the Million Dollar Quartet. It included Johnny Cash, Elvis Presley, Jerry Lee Lewis and Carl Perkins, who just happened to all show up at the studio at the same time. Oh to be in the room when that magic happened. Hear the whole story on your tour. 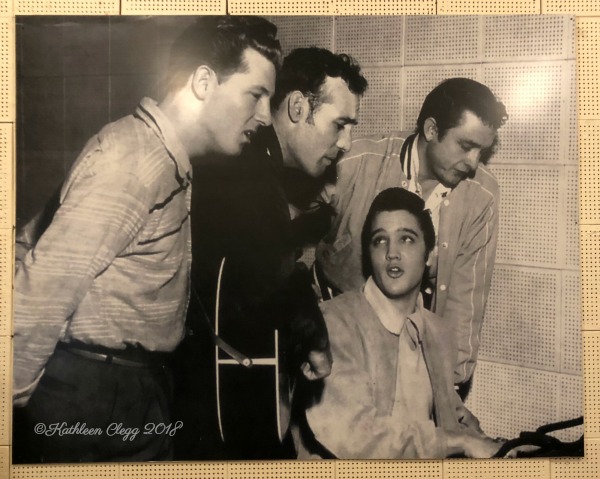 Sun Studio isn’t a large place, but you can feel the music come alive on your tour through the studio. I really loved visiting and hearing all of the history and the stories. So much talent to come out of one place and really, the change of music history with the new genre of Rock n Roll, which happens to be my favorite kind of music. 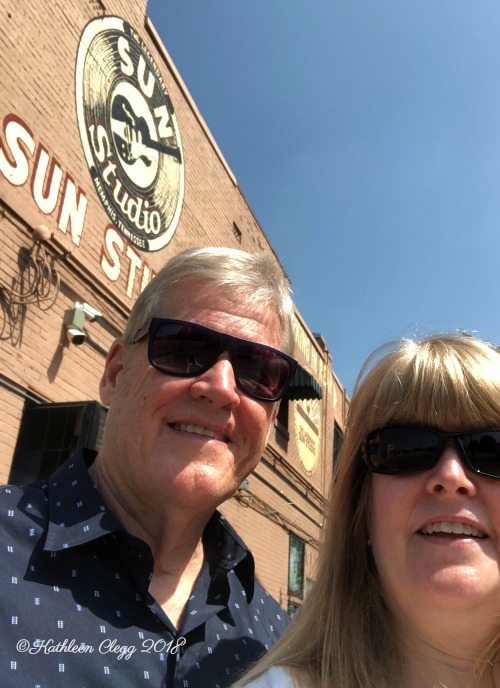 My Dad and I – sure love this guy

Sun Studio has tours daily from 10 am to 6 pm and then the doors close, so more music can be made. All of these years later, it is still an active studio, with the same floor; walls and ceiling that started it all. Even my favorite band, Def Leppard, has recorded at the Birthplace of Rock n Roll, Sun Studio. That’s good enough for me. 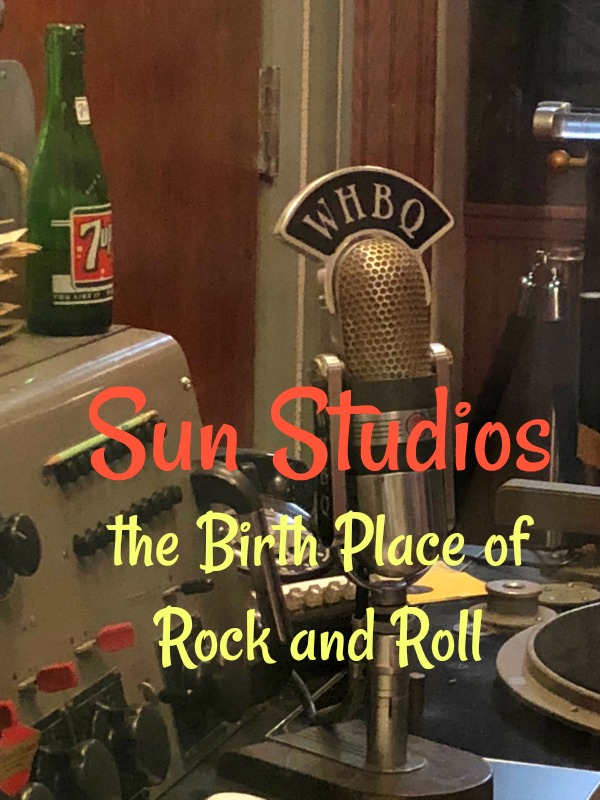 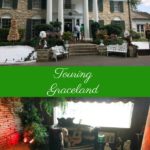 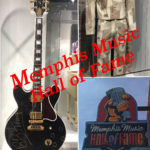